Style: This dress has some new innovations: it fastens in the back, a growing trend, and has gores at the sides to widen the skirt. Skirts will continue to widen until they reach their maximum width with hoopskirts in the 1860s.

Fabric: Sheer white cotton dresses (this soft sheer muslin was known as “mull”) remained popular even after the Greco-Roman fad had passed. White was associated with youth, and little girls and teens had been wearing white dresses over colored slips since the mid-1700s.

Trains on dresses were mostly “out” after about 1805, and colored slips might be worn underneath instead of white (as had been the case in the 1780s and 1790s). Slips helped to reduce the muslin’s tendency to cling. The widespread myth about women dampening their petticoats to create this clinging effect is just that, a myth.

Muslin dress; fabric woven and embroidered in India, dress sewn and worn in the United States, possibly by a member of the Dudley, Hart, or Mitchell family in Washington, Connecticut, 76.103, gift of Helen Farrand. 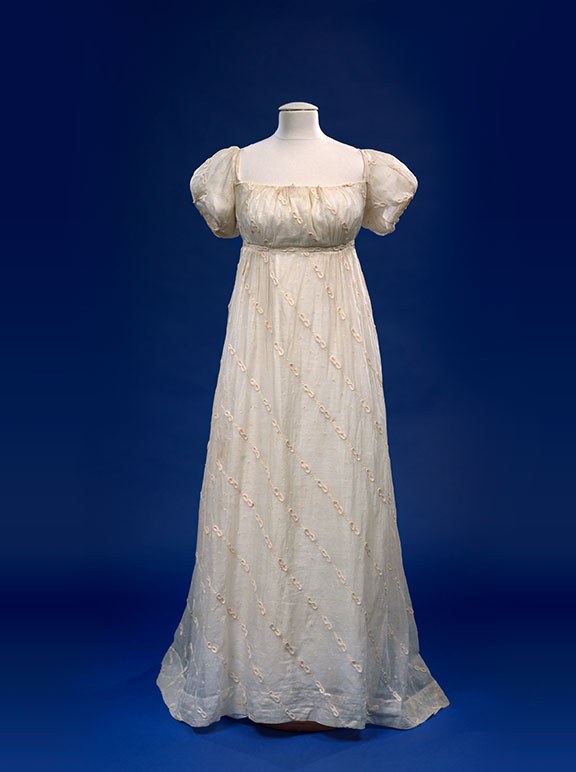