These large squares (sometimes cut into triangular “half-handkerchiefs”) were commonly used as neckwear (ties around the neck as a cravat by men, tucked into the neckline by women), and sometimes used as head wraps by African-American women. Despite this usage they were often called “handkerchiefs” (sometimes “neck handkerchiefs”)at the time. Plain white linen and cotton kerchiefs, as we now call them, were also widely worn. These four handkerchiefs are in the common color combinations of blue and white and brown and white. 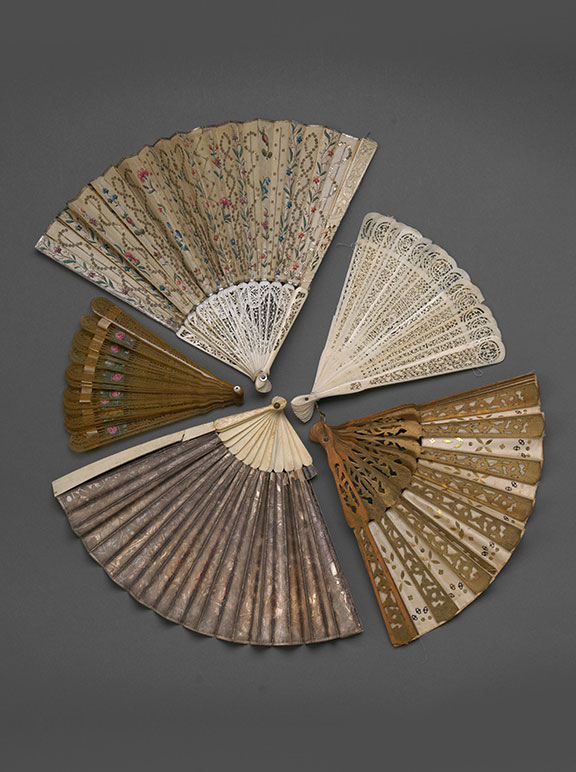 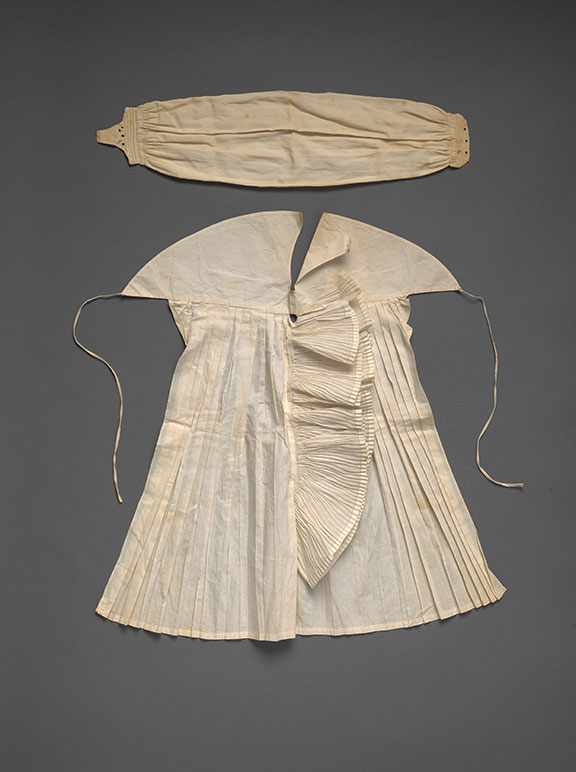 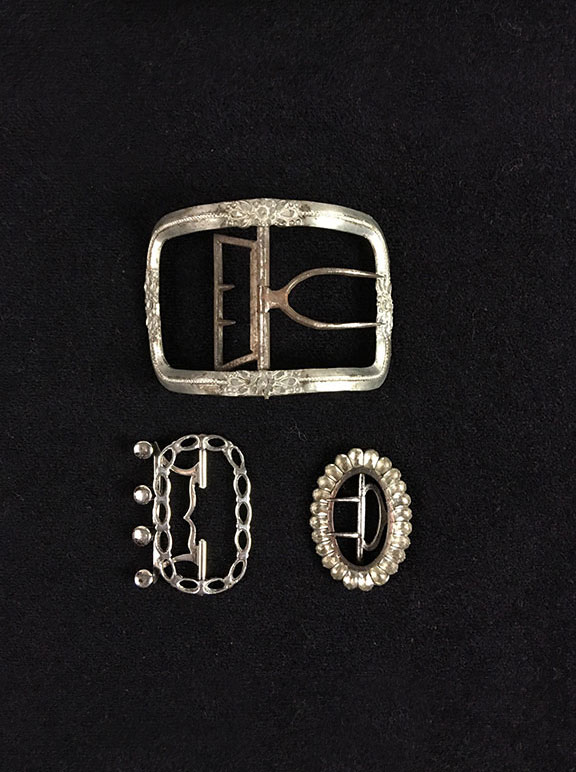