Style: A green striped silk coat with a high collar was the “in” thing in the late 1780s and early 1790s, mostly in France. American gentlemen’s taste was more restrained, but the striped green coat trend would have been known here, and perhaps worn by some fashion-forward men. The rising waistline of this garment echoes the latest trends in ladies’ fashions.

Tight pantaloons would be equally appropriate for a fashionable man to pair with this coat. In fact, pantaloons and trousers were on the way to replacing breeches at this time.

Fabric: The waistcoat would have been embroidered abroad and imported to the United States to be made up by a tailor. Unlike their European counterparts, American men of fashion are commonly depicted wearing coats of a stylish cut in sober colors. 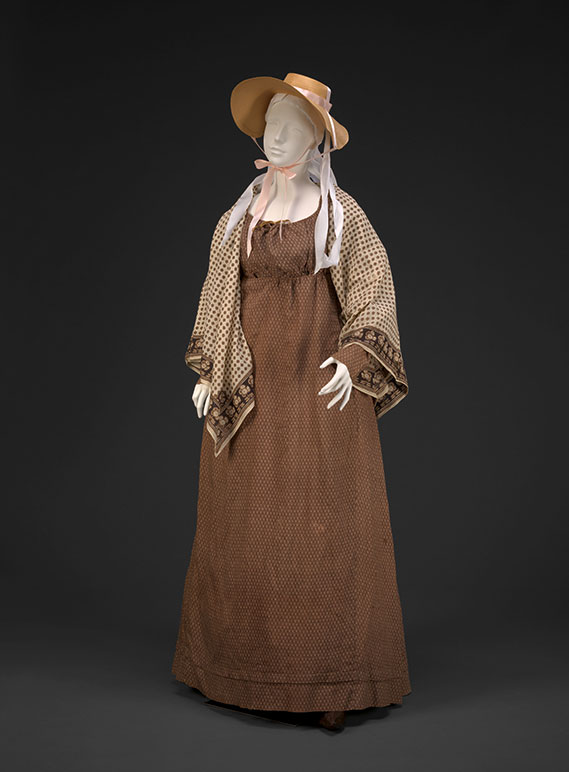